Catching up - 5-Grain Bread with Walnuts 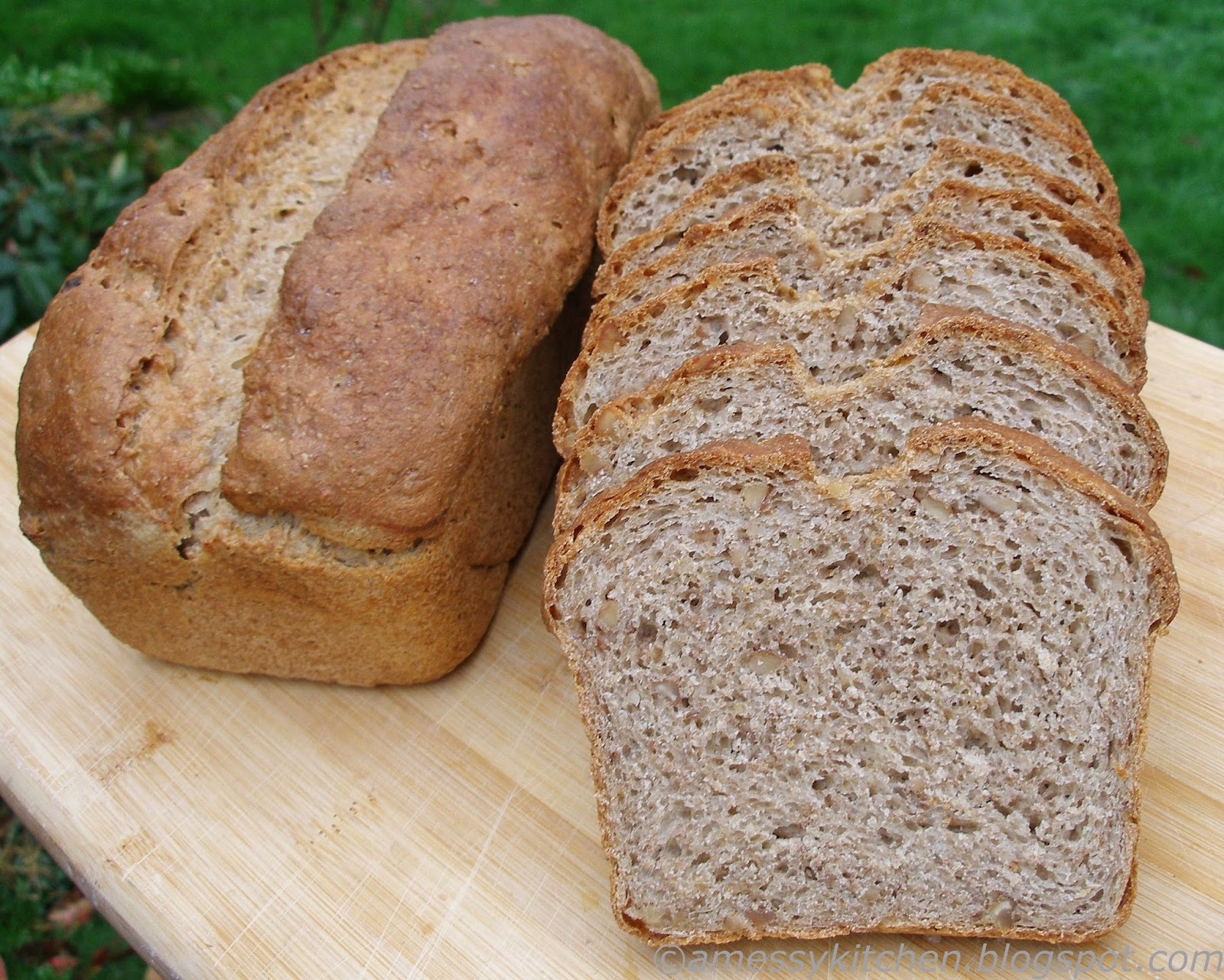 Time for another catch up bake-along, making old recipes from the BBB that I didn't get to do the first time around.  Today, a nice, nutty five grain loaf.  Well actually, seven grains for me.  The original recipe came from My Kitchen In Half Cups, and the chance to bake it again came from Sweet and That's It.  I admit I was tempted to leave out a main ingredient, the walnuts.  Not because I don't like them, but I wasn't sure about the girls and I needed to use this for sandwich bread.  But I remembered they like Dave's Killer Bread and that is nutty, so decided to go ahead.  I did double the sugar for the heaviness of the grains and for sandwich bread flavor, though I used coconut sugar so it wasn't double the sweetness.  Just a rich caramel note and a touch of sweet.  Perfect for my needs.  The dough actually turned out to be pretty forgiving too, given the grains I used.  My timing ran into an hour long appointment and I had to pop the loaves in the fridge and hope they wouldn't over proof before I got back!  The results were nicely risen, enough oven spring, and a firm but moist crumb that was not dense as I had feared it might be.  It makes divine toast and dandy sandwiches.  Now I raised my eyebrows at the amount of salt, and the dough tasted a bit salty, but the bread is fine.  However I did use celtic sea salt, which doesn't have the harsh pure sodium chloride saltiness of table salt.  I would use less of that or kosher salt if using either of those.

Carefully toast the walnuts in the oven or stovetop.  Don't let them burn.  (I skipped this because my walnuts were sprouted/crispy.)  Mix all the dry ingredients in a large bowl.  Reserve a third in another bowl.  Add the water to the mixing bowl and combine to get a sticky dough.  Rest for 20 minutes.  Add in the walnuts to disperse evenly and knead in the remaining portion of dry ingredients until the dough is firm and elastic and no longer sticky.  (I mixed mine with a mixer and let it remain just slightly sticky.)  Cover and let rise until doubled, about an hour.
Divide the dough in two and shape into loaves.  Place in two greased loaf pans and let rise until doubled again, 45-60 minutes.  Slash the tops as desired and bake in a preheated 400ºF oven for 40-45 minutes.  This is a heavier bread and will need to be completely baked to avoid a gummy interior.  Interior temperature should be around 200-205º.  (I baked mine 40 minutes and then removed from the pans and baked another 5 minutes.)  Cool completely on a rack when done.  Slice only when completely cool. 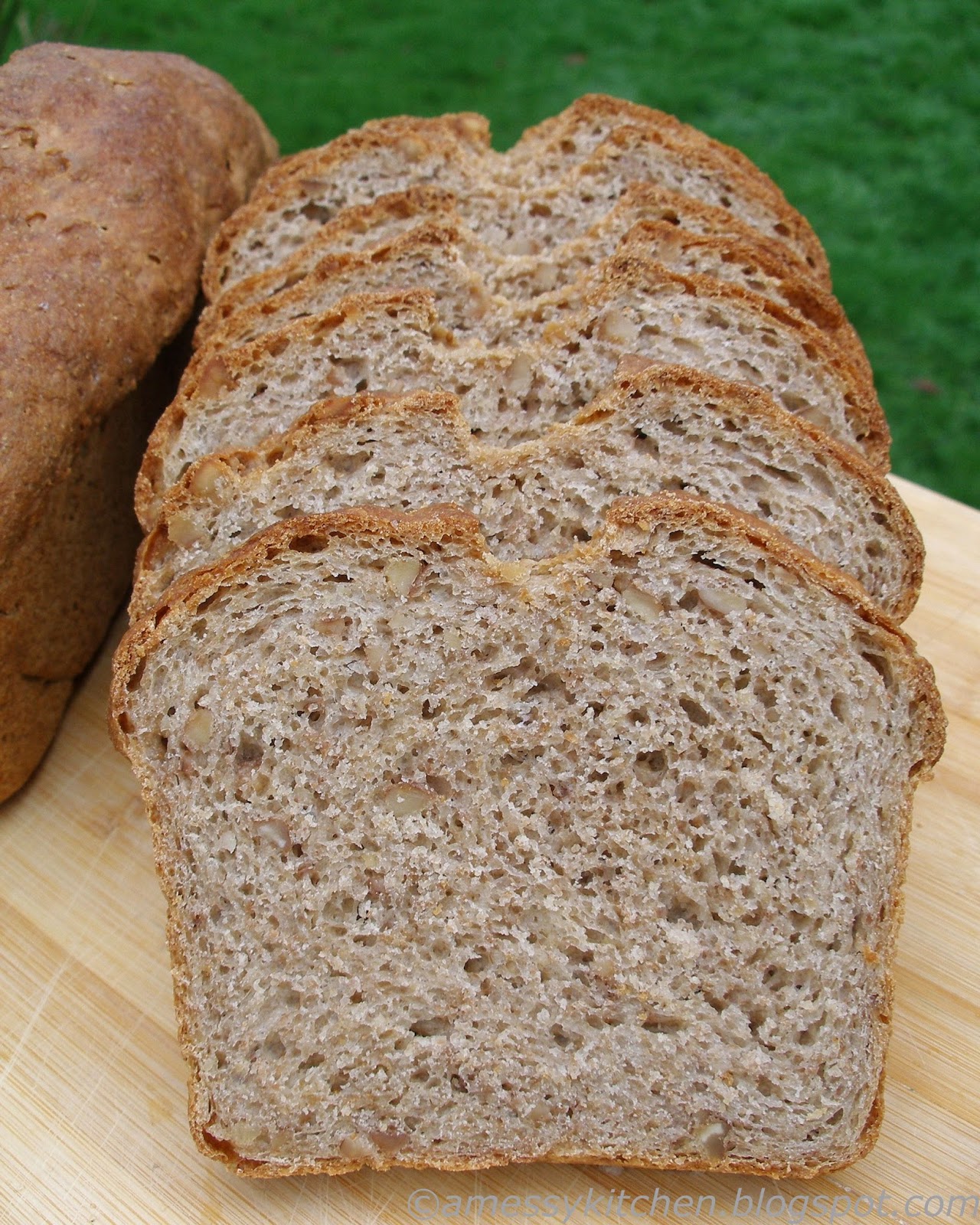 These loaves slice very nicely so you can get a thin slice but still have a very hearty sandwich.  I am a toast lover though, so I will probably make some tuna melts soon!  Comfort food! 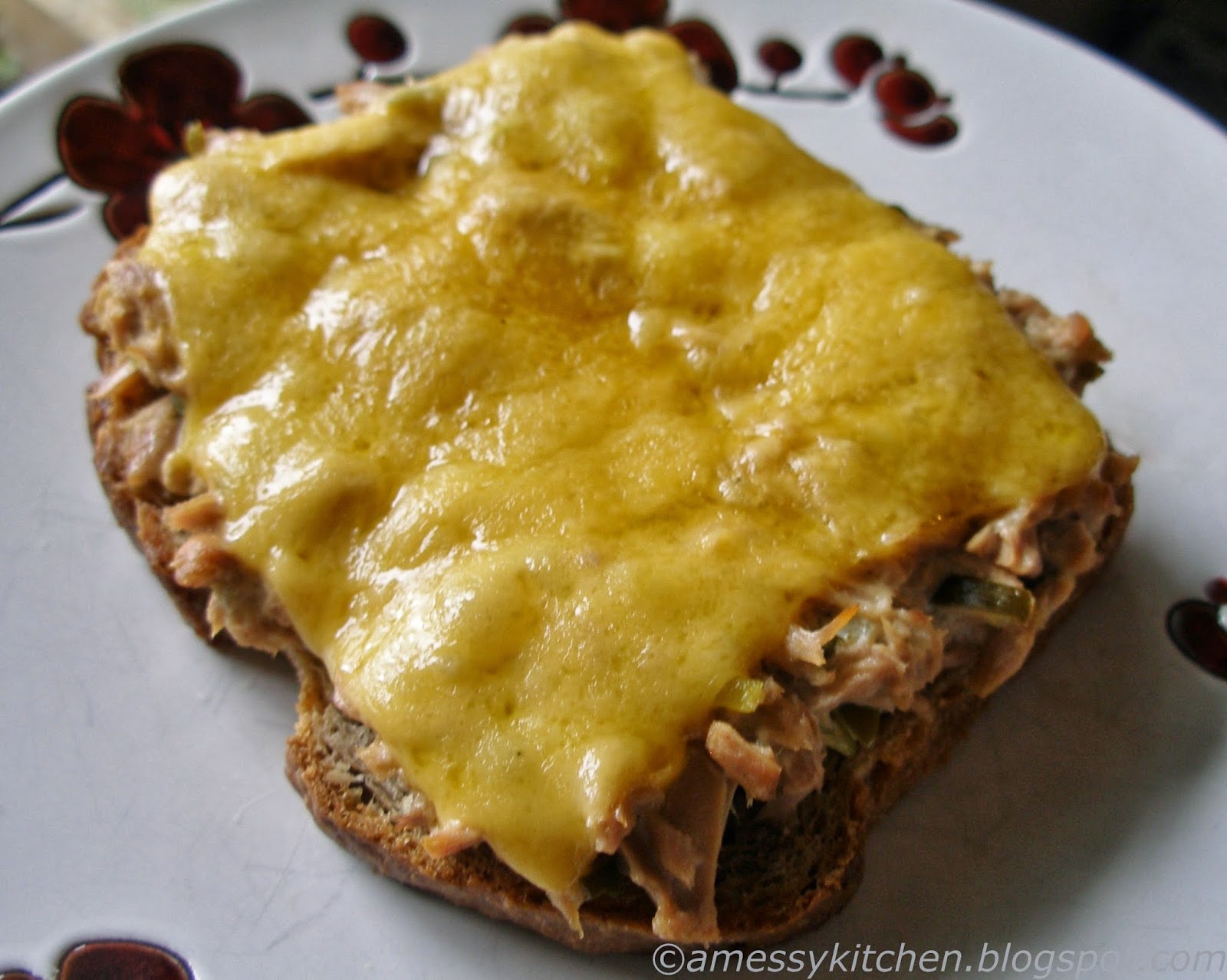