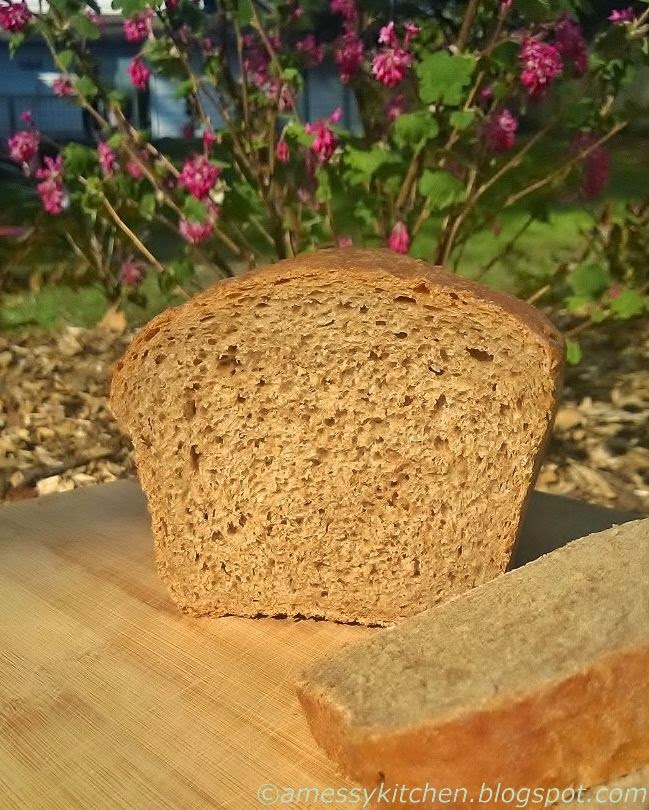 The BBB hostess invited us to have fun and play in the sandbox with this recipe, originally meant to be used with a proprietary flour grain blend your can find in England.  While it is available by mail order though spendy, she encouraged us to experiment with what we had or could find and just have fun with it.  Other options included sprouted flours and malted wheat flakes.  Now I have purchased those in the past from King Arthur, though they don't always have that import in stock.  But I decided against an order since I don't use them enough.  What I did have was sprouted oats.  Well, malted wheat flakes are sprouted and rolled...  So are these.  Good enough for me.  And I already had some barley malt for flavor.  In the end I loosely followed the two King Arthur recipes that My Kitchen in Half Cups referenced.  And I still ended up tweaking it right up until baking.  Sandbox play indeed.  Here is the recipe as I made it.  Check out the original post to see her different versions!  This got thumbs up from my eldest as she ate a nice fresh piece with butter.  I can't wait to try it toasted. 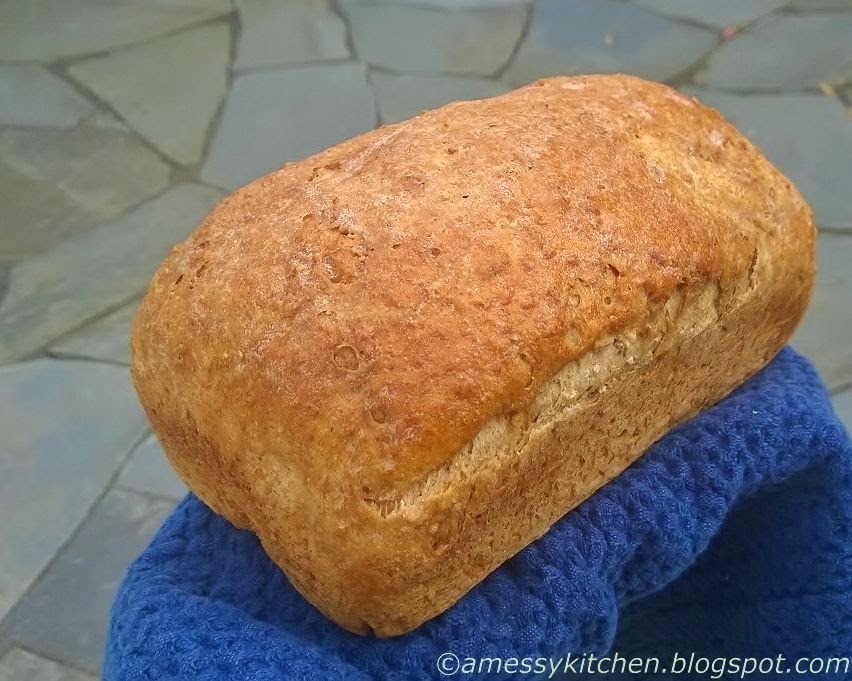 Dissolve barley malt syrup in the water in a mixing bowl.  Add in sprouted oats or malted wheat flakes.  Mix in remaining ingredients except sourdough starter.  I used my stand mixer and the paddle attachment.  My dough was firm by design to accommodate the spelt.  Allow to rest and rise overnight in a covered bowl.  Next morning, work in the sourdough starter and a couple teaspoons water if necessary to achieve an elastic dough that is only slightly sticky.  Form into a loaf and place in a buttered loaf pan to rise until almost doubled.  (I also brushed the top with softened butter while rising.)
Bake in a 375º oven for 35-37 minutes until golden and registering at least 190º in the center.  Mine finished at 204º.  Allow to cool before slicing. 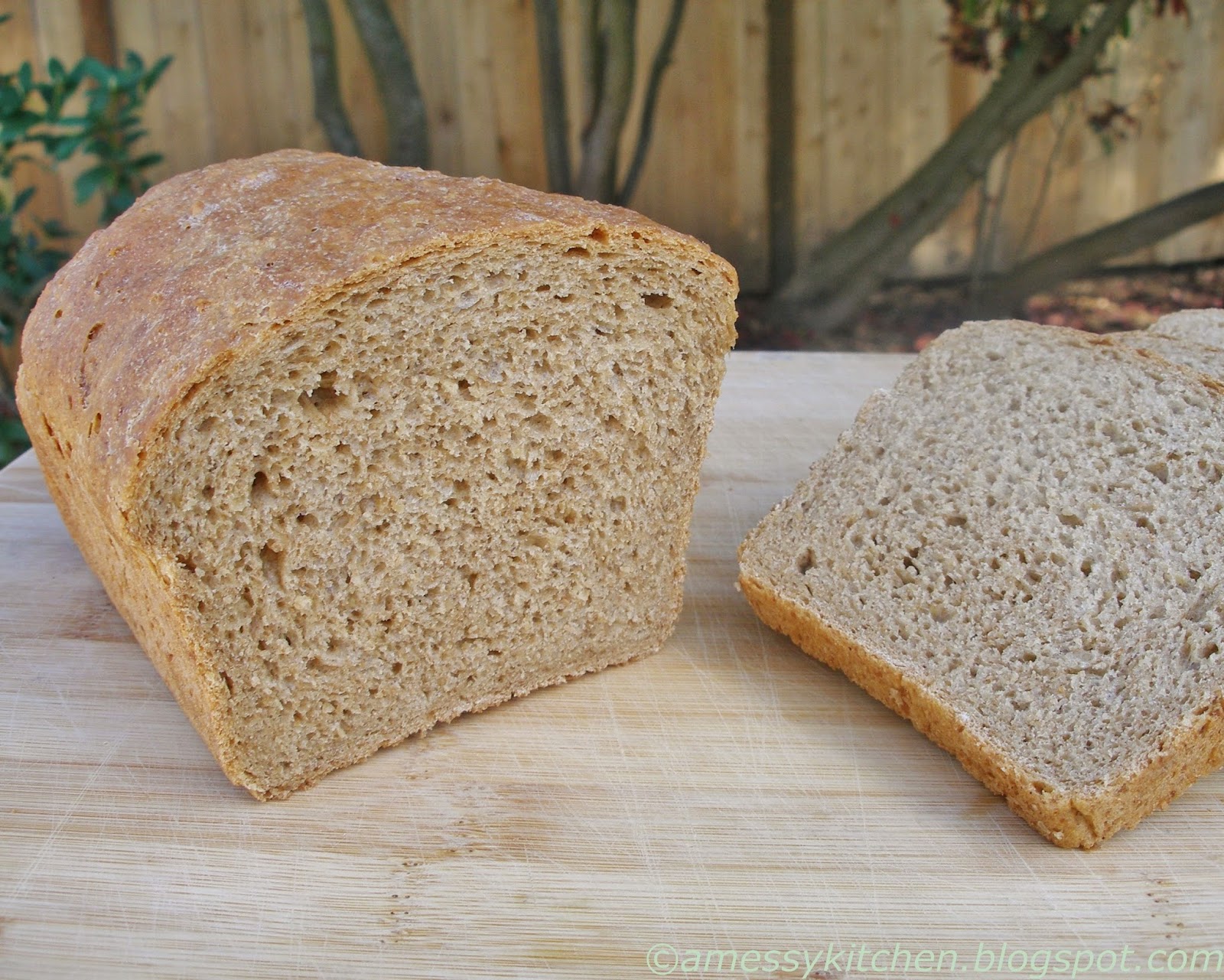