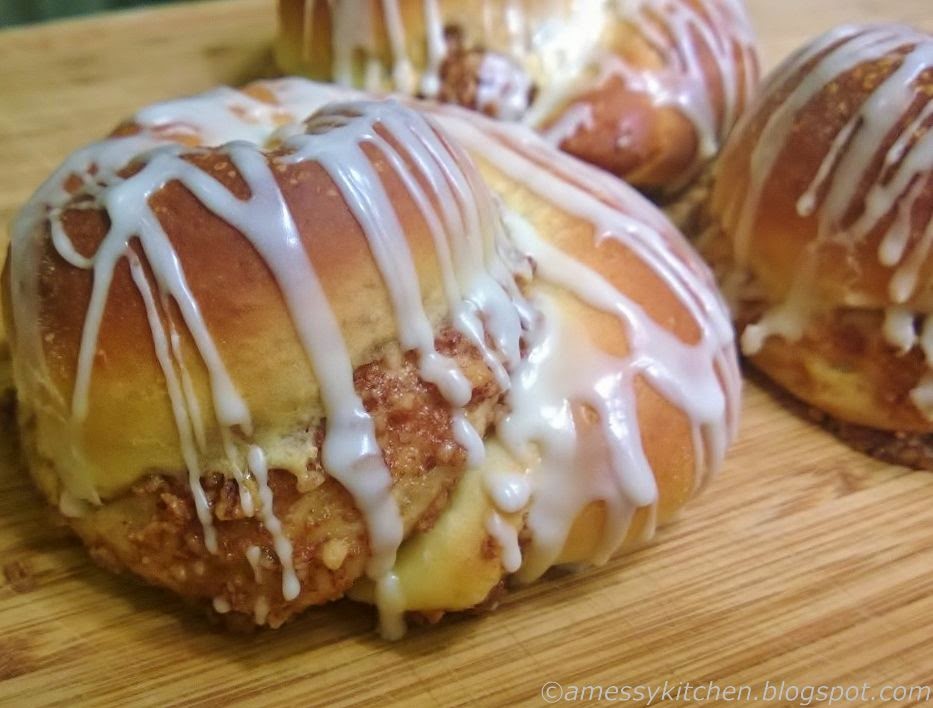 This month the Bread Baking Babes went with an Easter themed bread, although it can also be found at other special occasions.  The original recipe was for a filled braid but I was struck by how much the dough reminded me of a previous BBB recipe: Ensaïmadas.  Those were such a treat that I decided to try to combine the two ideas and recipes, ending up with a filled, coiled bun instead of a braid.  And then I saw in the host kitchen's post that the Romanian version is sometimes shaped as a large coil.  Perfect.  I used only part spelt this time to ensure my dough could handle being rolled out so thin with filling.  Here is the recipe with my changes in red. 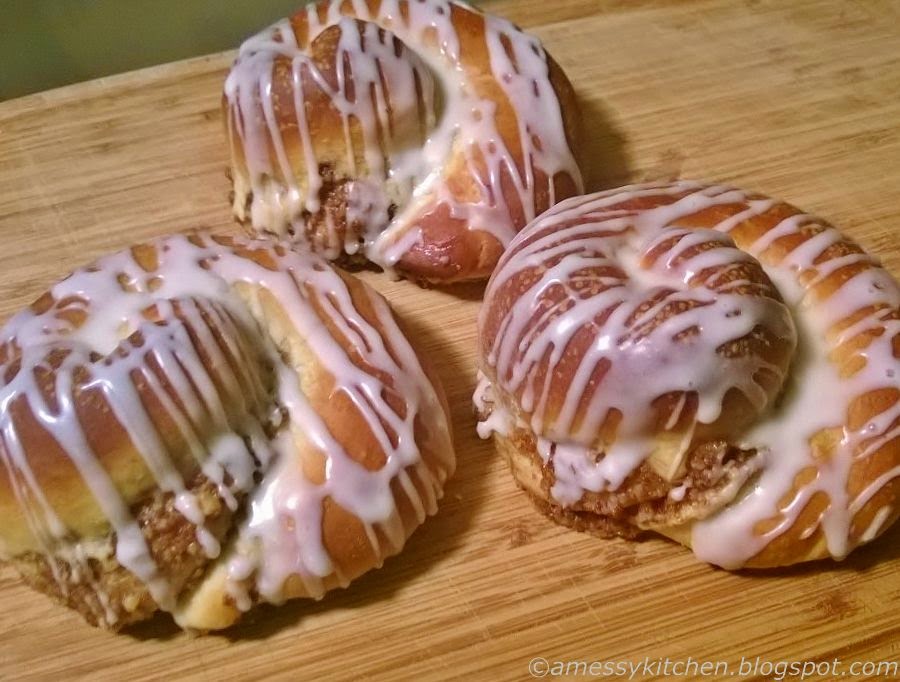 
Combine flour and yeast in a bowl or stand mixer.  Scald the milk and add in the butter, sugar, salt and zest.  Mix until butter is melted and let cool to lukewarm.  Add cooled milk mixture and eggs to flour to combine.  Knead the dough for 5-10 minutes until smooth.  (Spelt requires less time.)  Cover dough and allow to rise until double, about an hour.  Punch dough down and divide into three (12) pieces.  Roll each into a 7x16" rectangle.  Spread each with a third of the filling, leaving a margin around the edges and roll up as for cinnamon rolls on the long side.  Seal edges and ends and braid the rolls together.  Place on a parchment lined baking sheet.  Let rise until double, about 30 minutes. 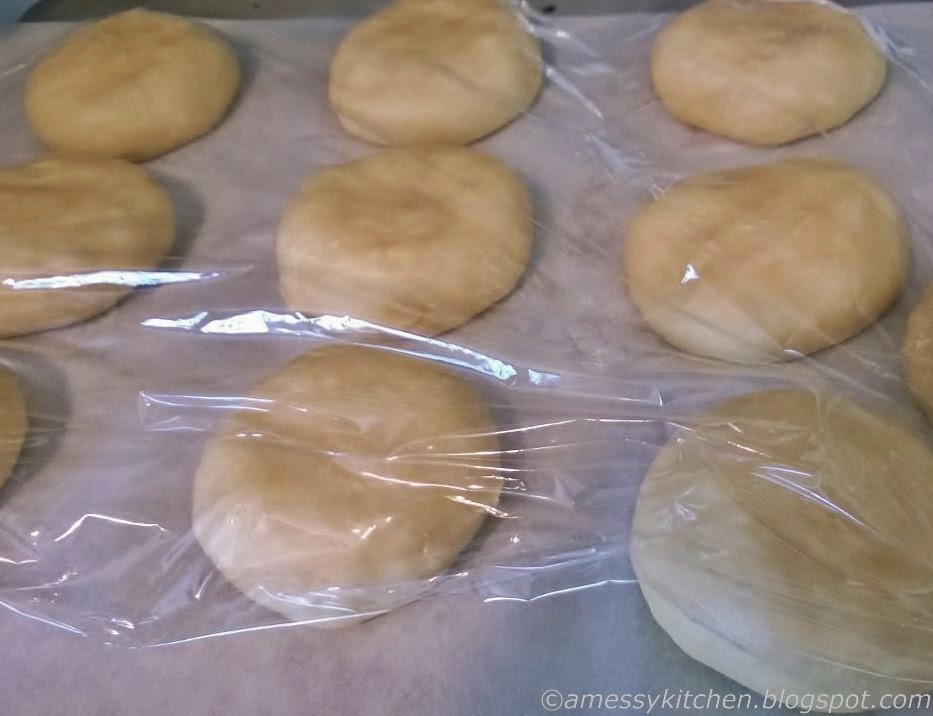 For buns, shape each of the 12 pieces into a ball and let rest for 30 minutes.  Flatten them and then proceed to rolling. 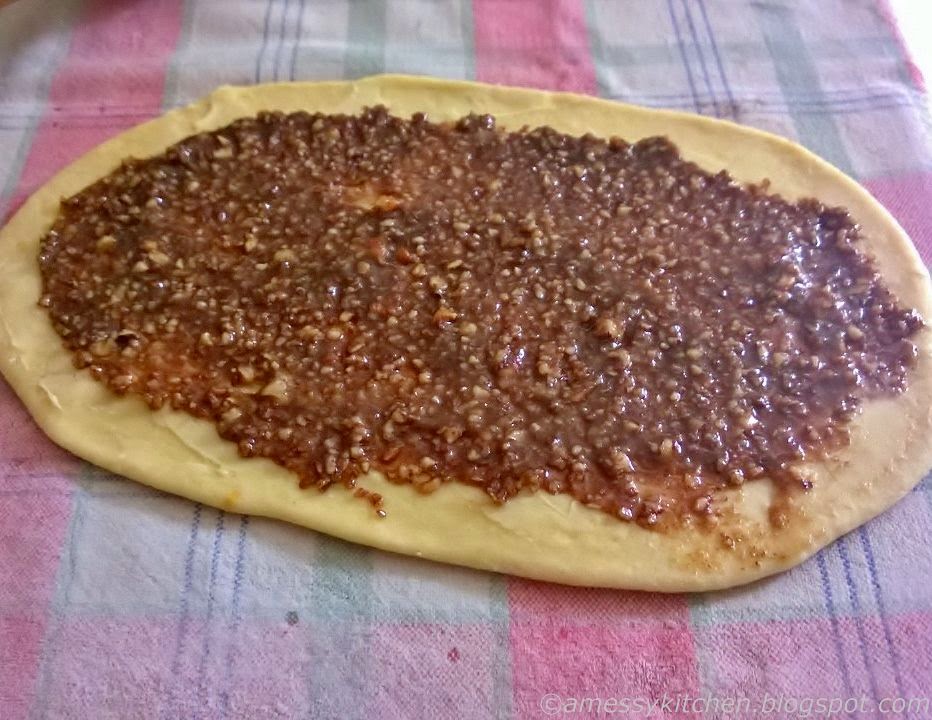 Roll each ball into a long, flat oval and spread with filling.  I used 2½ tbsp per roll and spread each with ½ tsp softened butter before the filling as well. 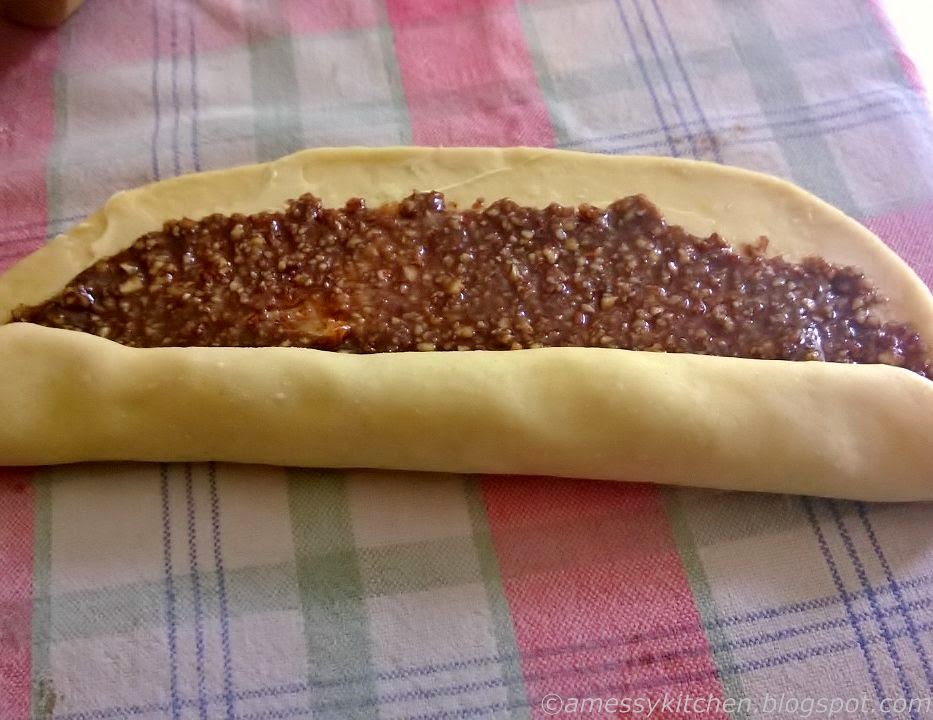 Roll up from the long side so the rope will be long enough to coil around. 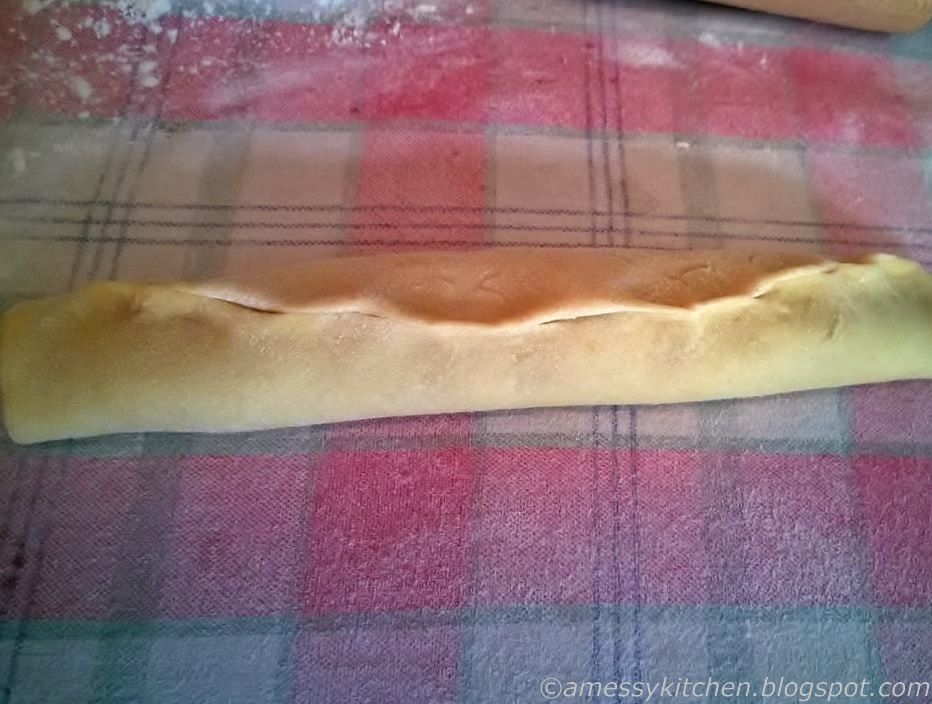 Pinch the edges to seal. 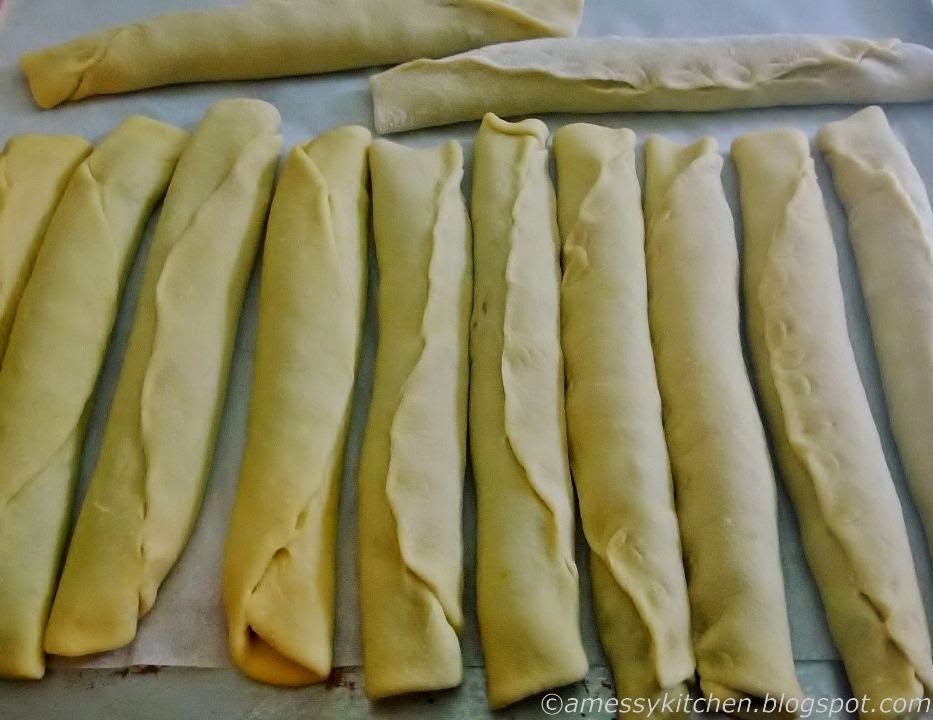 Set aside as you continue to fill and roll. 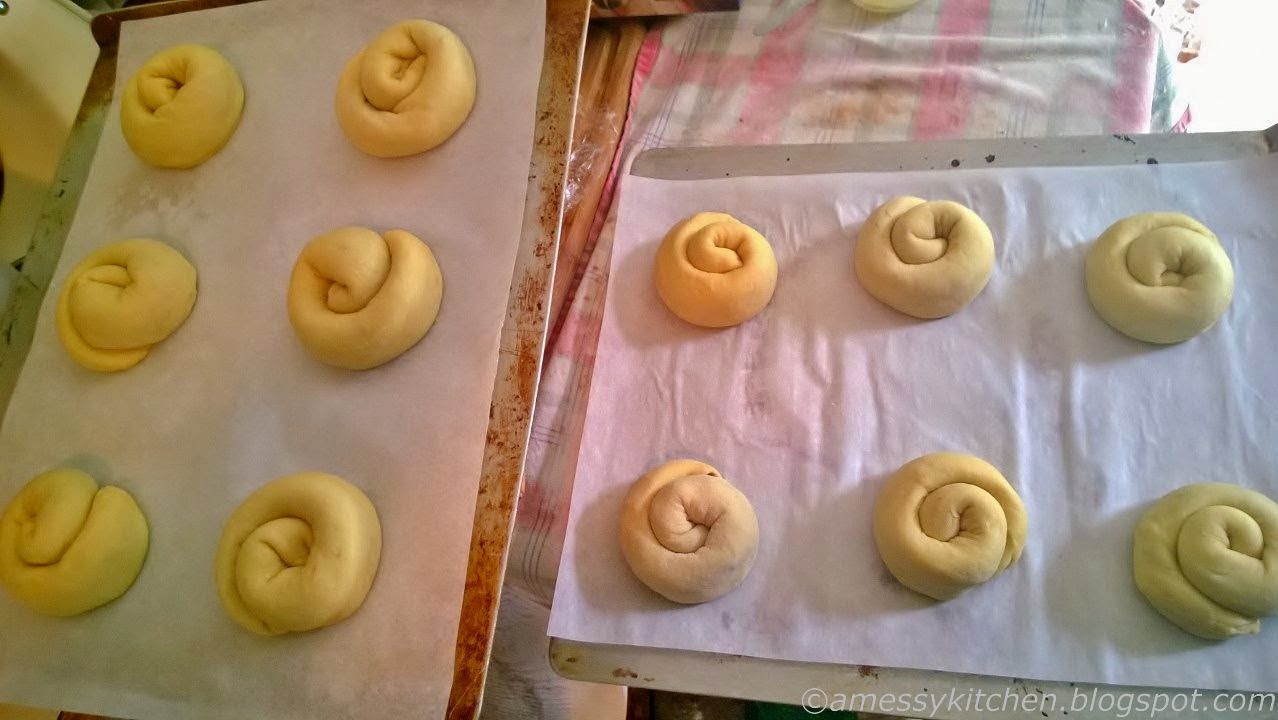 Allow buns to rise until puffy and almost double.  Brush on glaze before baking if using a glaze. 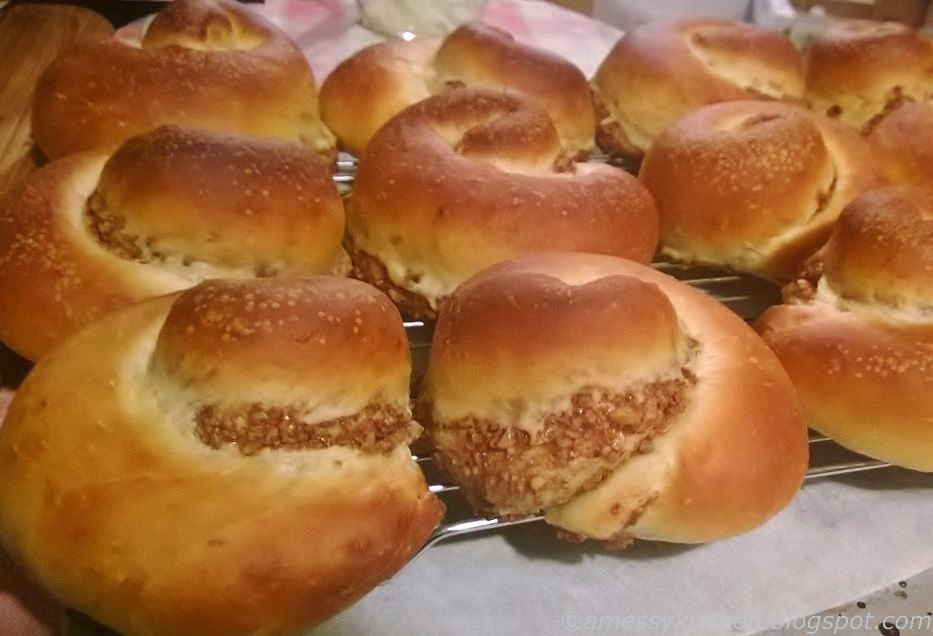 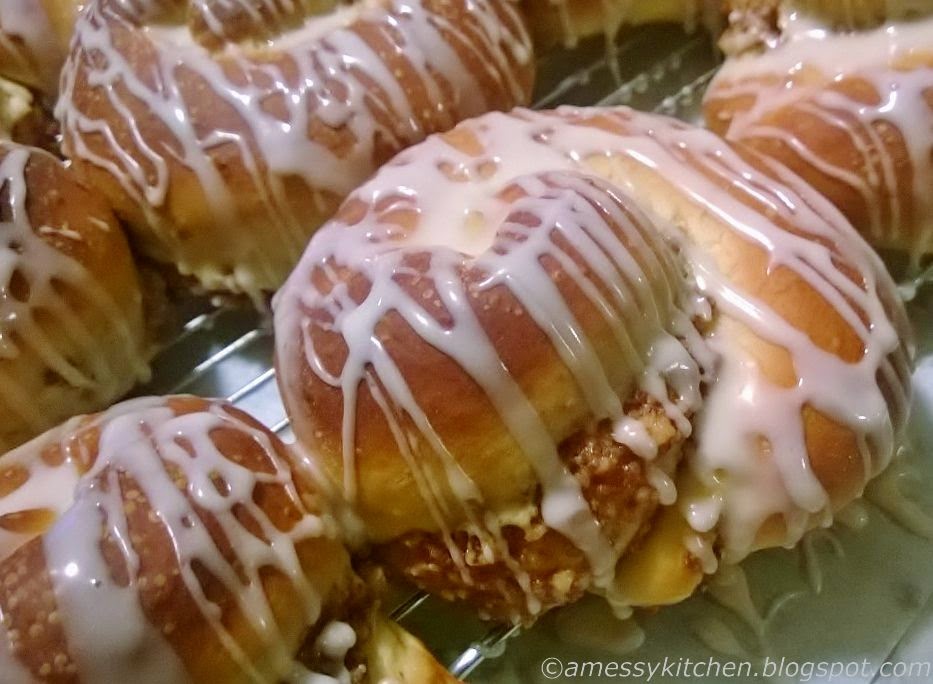 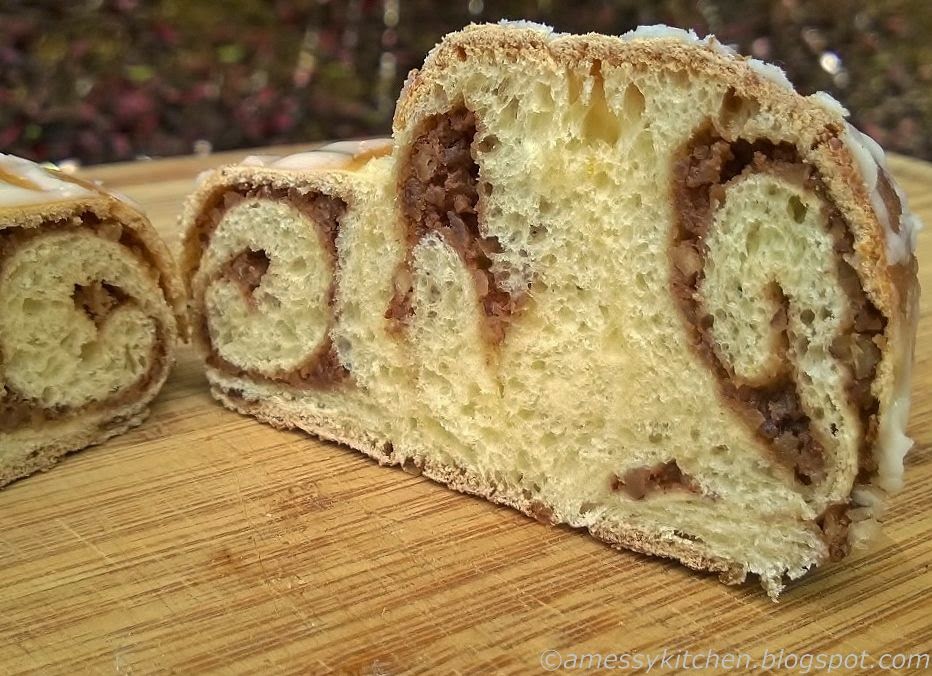 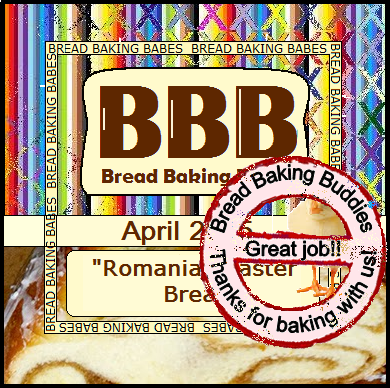