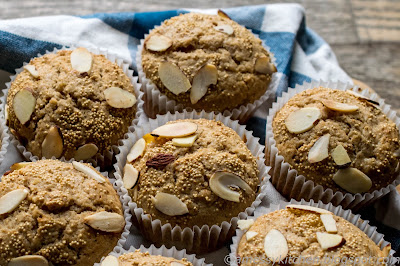 I got to use a new ingredient today.  Mahlab or mahleb is a spice that is ground from the seeds of a Mediterranean sour cherry.  It's commonly used in Middle Eastern baking to sharpen sweet foods and cakes.  The first time I saw this ingredient was during my binge watch of the Great British Bake Off series, in a Greek pastry called a flaouna.  Then I found out I needed some for this month's bread challenge recipe. Then I found another recipe in my sourdough book that calls for it!  It was meant to be.  I've never used mahlab before, but I'm loving it and will use it more often.  Today it was peach amaranth muffins with emmer, sprouted spelt, light spelt and my loving, forgiving sourdough starter. Oh how I love that thing.  The author of the sourdough book describes mahlab as having a distinctive floral aroma that embodies the perfect union of fruit and almonds. 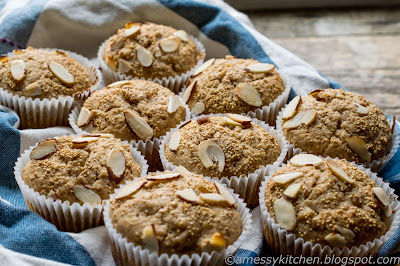 One great thing about these is that they are sweetened with maple sugar and syrup, not cane sugar, which I am sensitive to and would do better to avoid.  Using only the ancient grains instead of modern wheat, to which I am also sensitive, makes these my new favorite breakfast item.  That and the fact they are delicious. 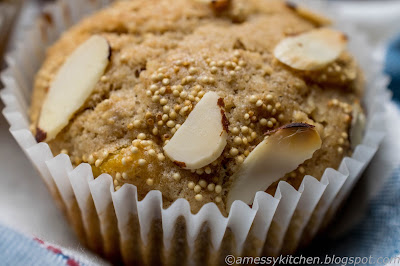 If you can't wait to try these and don't have any mahlab, you may substitute ½ tsp almond extract in its place.

Preheat the oven to 375ºF.  Line a muffin tin with paper liners.

In a small mixing bowl, combine the flours, baking powder, salt, cinnamon, and mahlab.  In a large bowl or stand mixer, beat the eggs with the maple sugar until light and fluffy.  Add in the maple syrup, butter, and yogurt and mix until incorporated.  Beat in the sourdough starter with a fork until no streaks remain.

Add the dry ingredients in three batches, stirring until just barely incorporated between each addition.  Don't over mix.  Make sure the chopped fruit is fairly dry; you can pat it dry with paper towels and toss with a tbsp of extra flour to ensure that it doesn't sink, though the batter is thick enough to hold up the fruit anyway.  Gently fold in 15g of the amaranth and all the peaches into the batter.  Use a muffin scoop to evenly distribute the batter among the lined muffin cups.  Sprinkle with the remaining 10g amaranth and the sliced almonds.  If desired, sprinkle with coarse sugar for extra sparkle and crunch.

Bake for 18-20 minutes, until the muffins test done and the almonds are golden.  These muffins are heavenly when warm from the oven, but they will keep well in an airtight container for a couple days.  They also reheat beautifully.  Rich, and very satisfying, one will hold you for some time. 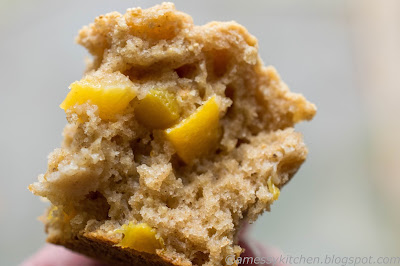 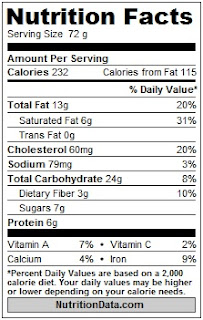