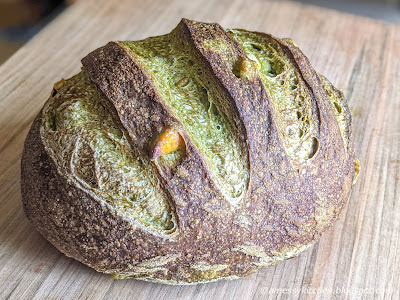 We have a beautifully scented and colored loaf for our challenge bread this month, and appropriately colored for St. Patrick's Day tomorrow as well! 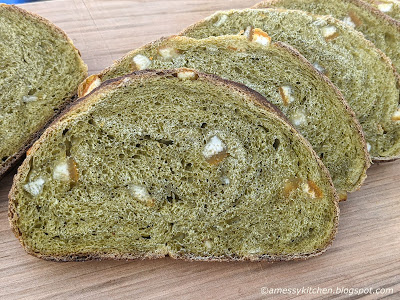 Once again, I kind of did my own thing with this recipe.  It's okay, there is no such thing as a naughty babe, only an adventurous, innovative, or using creative license babe.  I didn't modify all that much, but did learn a few things for next time.  I think matcha slows down my starter, because it is normally very quick to perk and this time it took almost half a day before finally deciding to make my loaf nice and puffy.  By which time of course it was too late to bake.  So I stuck it in the fridge for the next day.  I found the next morning that the orange peel had caused the dough to weep somewhat, making it an interesting process to fold back in.  It always wanted to separate the dough layers.  And I realized after slicing, just how much pith they left on those peels!  Yikes.  Next time, I would trim significantly to get rid of it.  Homemade peel would never have that much pith.  The store bought had good aroma, but a flavor almost closer to preserved lemon than candied peel, especially after resting in the dough.  Still, this loaf has exquisite aroma, especially when slicing and toasting.  It screams for marmalade, which I adore. 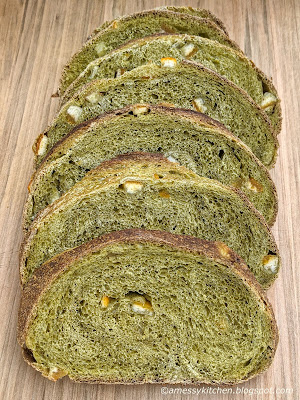 We would love for you to try this aromatic and colorful bread and bake along with us this month!  No blog is necessary to participate, a picture will do. Just send a picture or your post of your finished flatbread to our host (email to breadexperience (at) gmail (dotcom) with BBB Green Tea and Orange Loaf), by the 29th of this month.  New recipes are posted every month on the 16th. Check out our Facebook group to see the participants' baking results during that time.
Here is the recipe as I made it.  I did add a half tbsp of sugar to aid in browning.  And I basically just chucked everything together and kneaded.  Bread just wants to bread after all.  No levain.  Though I grant that might have helped the speed of my first rise!  And incidentally, this dough is forgiving as well, I had to reshape a couple of time because I got distracted after my timer and over-proofed.  Daylight saving time absolutely destroys my brain. 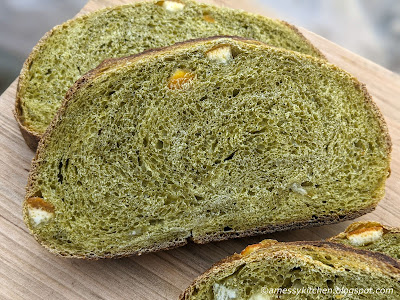 Green Tea and Orange Loaf
makes four mini loaves
Ingredients:
500g all-purpose flour, (4 cups) plus more for dusting
250g water (1 cup)
100g ripe sourdough starter (scant ½ cup)
1/8 tsp instant yeast (optional)
10g salt (~2 tsp)
30g olive oil (2 tbsp)  (I only used 1 tsp because I didn't want my crumb that refined)
25g orange flower water (5 tsp)
10g (4 tsp) matcha tea powder (The matcha I used was ceremonial grade, which is more expensive)
150g (scant cup) candied orange peel, trimmed of any pith and finely diced
Combine the flour, salt, matcha, and yeast if using, in a mixing bowl.  In another bowl combine the water, starter, oil and flower water.  Add to the dry ingredients and mixing on low until combined.  Then knead on medium speed for 8-10 minutes until the dough is smooth and elastic.  Fold or knead in the chopped peel on low until evenly distributed.
Shape the dough into a ball and cover the bowl with a damp cloth.  Allow to rise for two hours, folding the dough halfway through the rise.  The dough should increase in volume during this time.
On a lightly floured surface, divide the dough into four pieces and shape into balls.  Cover and let rest for 15 minutes.
Roll and stretch the sides of the balls against the work surface until taut and well rounded.
Place loaves, seam side down, on a parchment lined peel or baking sheet.  Cover and let proof for 1 hour and 15 minutes.
Preheat oven to 450ºF and place a baking stone or steel on the rack.  Score the loaves as desired or in a crosshatch pattern.  Spray the inside of a roaster lid with water.  Slide the loaves and parchment onto the baking stone and cover with the roasting lid.  Bake for 15 minutes, then remove lid and bake for another 5-10 minutes until the loaves sound hollow when thumped on the bottom or have reached an internal temperature of at least 195ºF.  (My loaves took almost 30 minutes to reach internal temperature, though I turned down the oven to avoid overbrowning.)
Remove from the oven and let cool on a wire rack.  Do not slice until cool to avoid a gummy crumb. 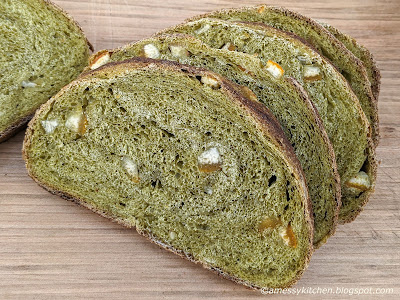 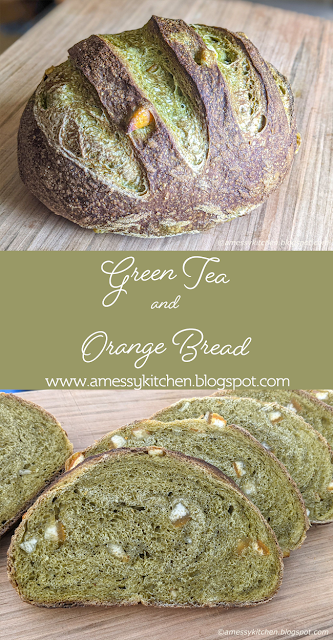 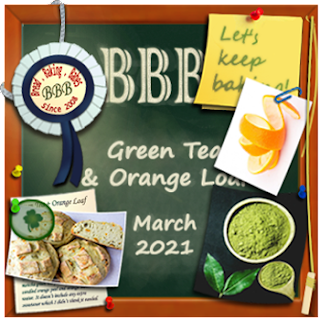