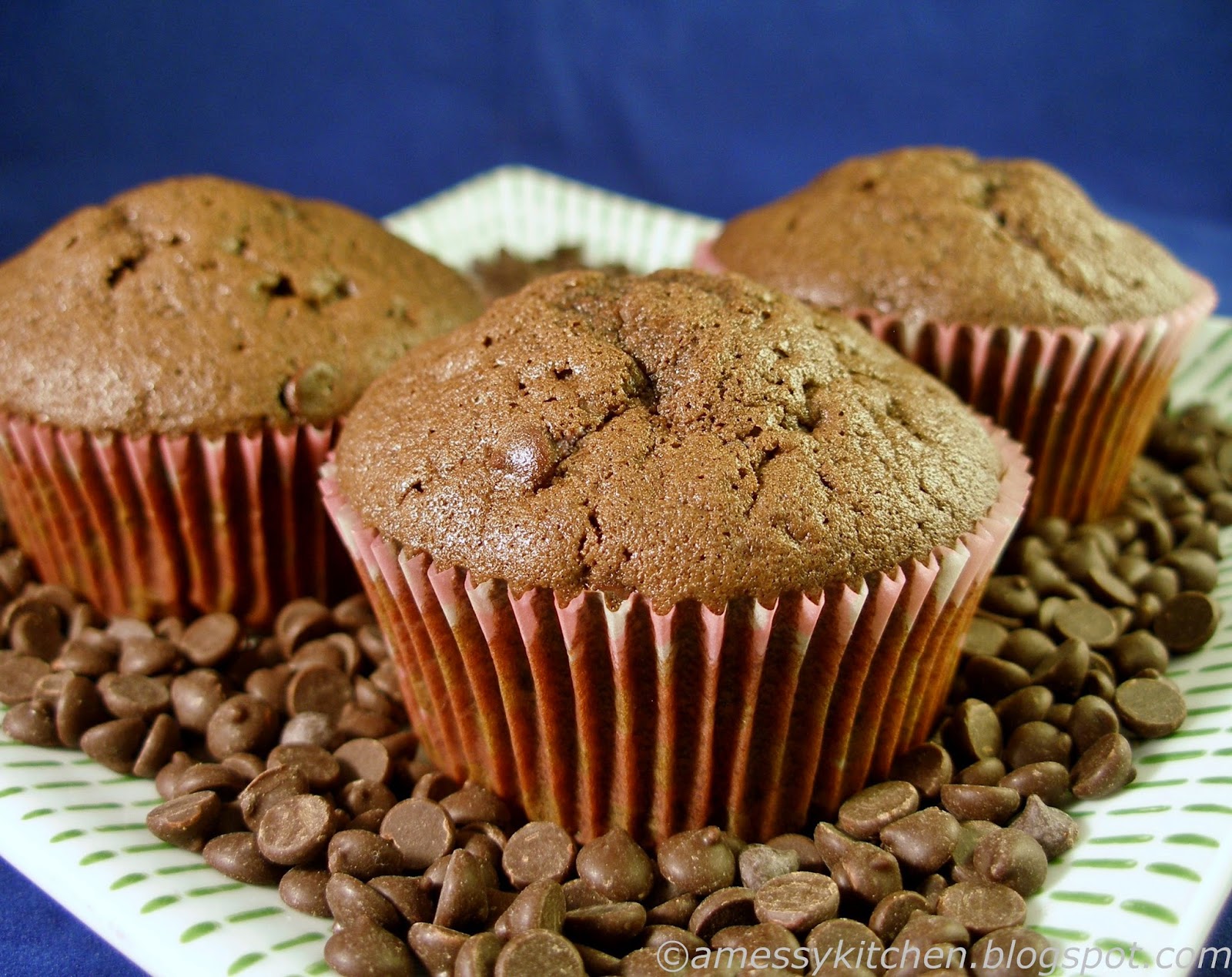 I'll admit that I used to love getting Costco muffins. They really are just an excuse to eat two ample servings of what is essentially a giant cupcake in muffin's clothing.  But it has been some years since I was able to live with the ingredients with which they are made.  I've tried a few recipe knock offs and not been happy.  So here is my version of a Costco muffin knock off., with a little Mexican hot cocoa twist.  My daughter's friend commented that these were the best chocolate muffins in the world when I pulled out my first batch a few weeks ago.  That made me quite happy because you know you can count on pre-teens to be brutally honest when it comes to reviewing recipe results!  The recipe makes about 2½ dozen and they freeze fabulously.  R likes them warm and S loves them straight up frozen.  They have been the breakfast of choice for two weeks and were sorely missed when gone.  So I am using this opportunity to make more and take my pictures.  Oh and while we're being honest, let's get down to brass tacks and just admit that these are much closer to un-frosted cupcakes than to a healthful multi-grain muffin.  It's a chocolate muffin and that's the way it should be!  ☺  Enjoy!  (You'll love the way the house smells.)

In a food processor or stand mixer, combine the flour, starch, sugar, cocoa, dry milk powder, baking powder, salt, cinnamon and baking soda until fully mixed.  Cut the butter into cubes and pulse into the mixture, or run the stand mixer on low, until the butter is fully incorporated and the mixture is a fine, sandy texture. 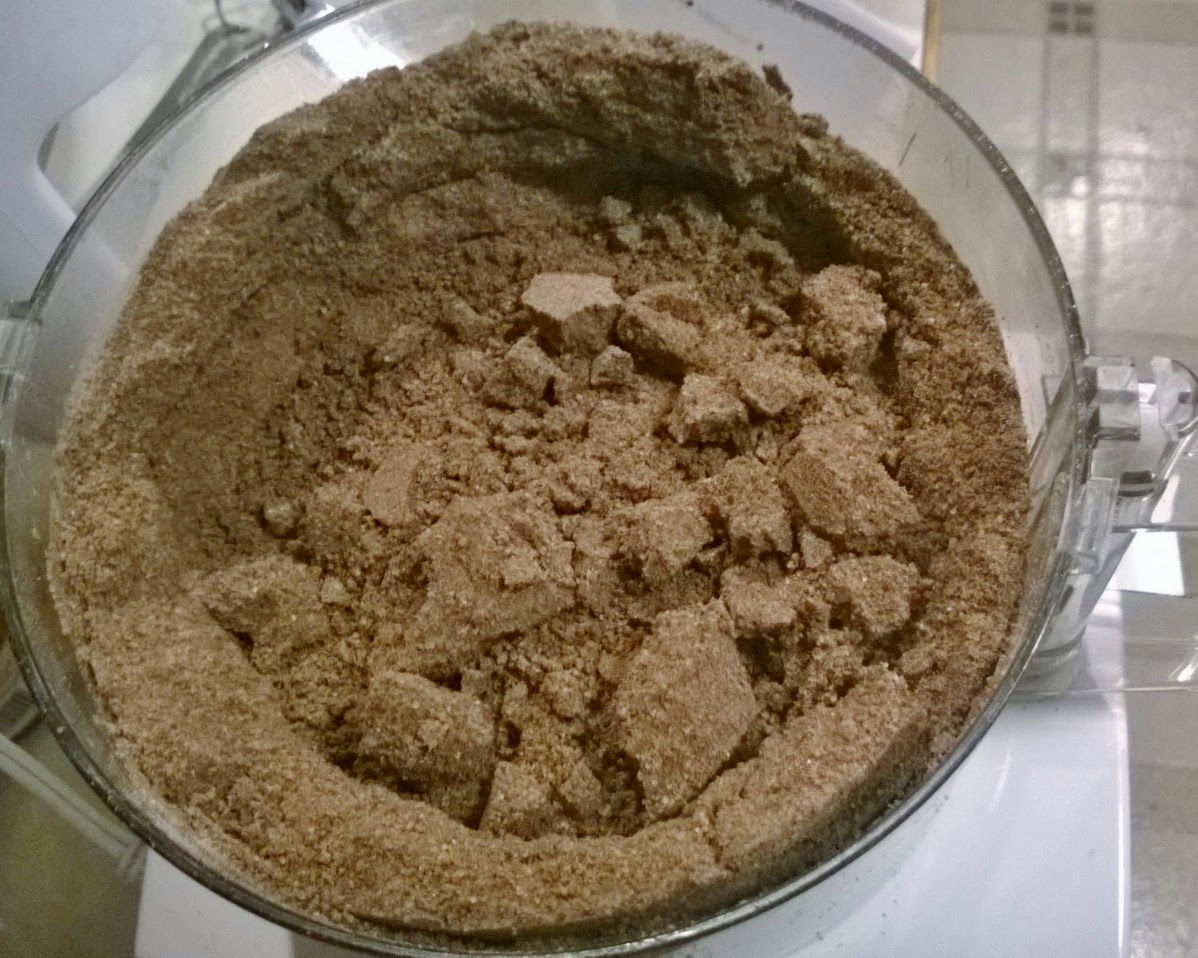 In a two cup measure, combine the buttermilk, water, eggs, vanilla, and sour cream and beat or whisk until smooth.

Transfer the flour mixture to a large bowl or stand mixer.  Add the sour cream mixture and the oil and beat for 30 seconds until smooth.  Fold in the chocolate chips.

Line a muffin tin with paper liners.  Fill the cups ¾ full - use a muffin scoop to make the task easy.  Bake for 18-20 minutes until just done.  The top will spring back when touched lightly and a toothpick will come out clean.  Cool a few minutes in the pan, then remove to a wire rack to finish cooling.  Store in an airtight container for a couple days or freeze and store in a food bag in the freezer for a month. 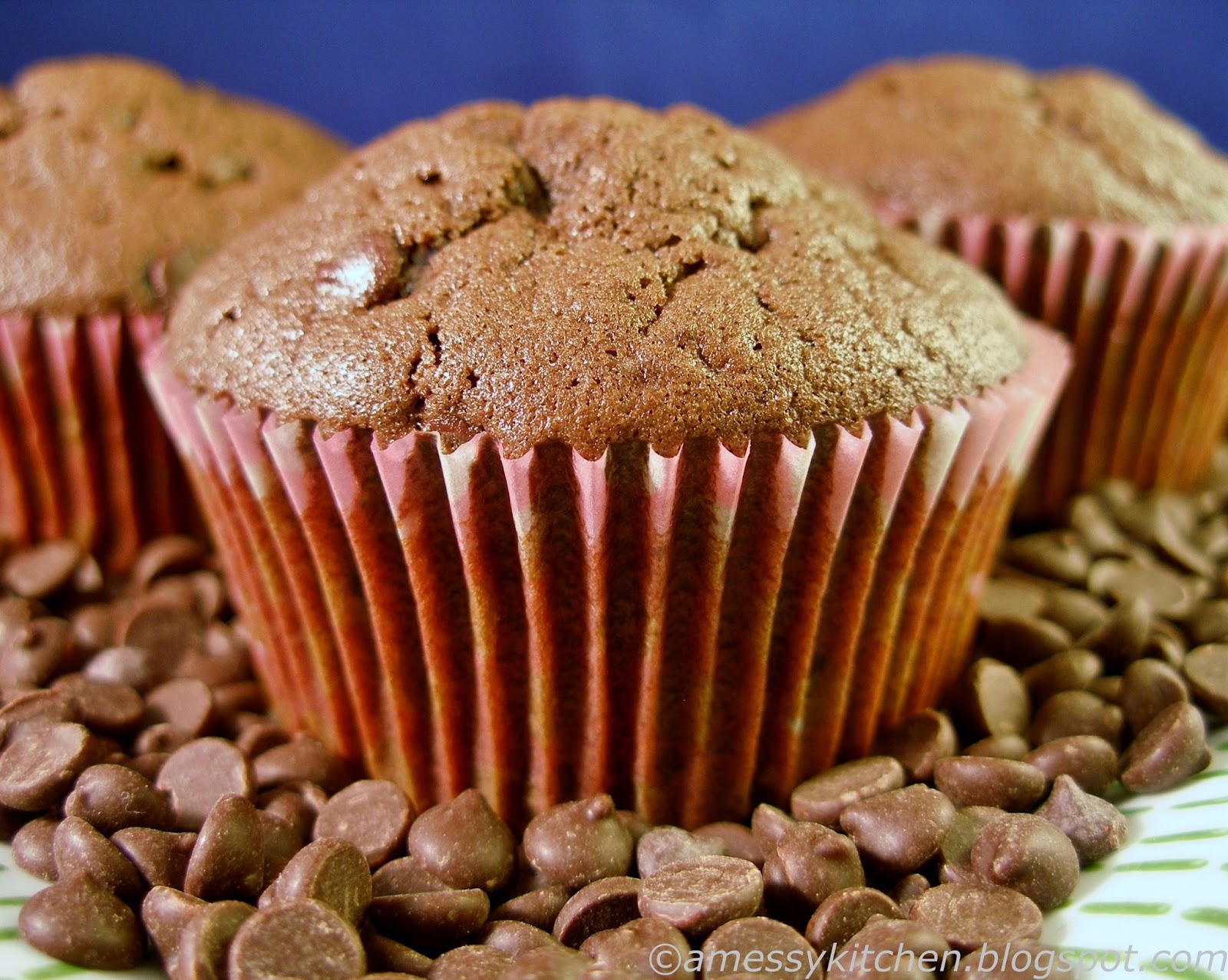